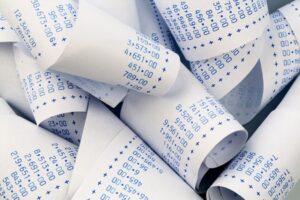 If you’re facing an IRS audit, you might be tempted to turn to tax audit services. They’re advertised everywhere, on television and the radio, and they often promise that they can make your problems go away for good. Unfortunately, many of these services aren’t what they claim to be. IRS audits are incredibly stressful, and tax audit services design their advertisements to take advantage of scared people. Read on to learn about some of the dangers presented by tax audit services.

A Tax Audit Service Might Not be as Advertised

From time to time, you might see commercials for tax help services that make unrealistic promises. In cases like this, it’s important not to get sucked in. Keep in mind that your instincts are probably correct. Many of these services claim to be able to reduce what you owe the IRS by a considerable margin, but this is not something that happens without very specific circumstances. The phrase “pennies on the dollar” is often thrown around, but the IRS will rarely grant a reduction of that magnitude.

In fact, there have been instances of companies making false promises to the point of being sued for lying in their advertisements. These scam companies are willing to tell you whatever you want to hear, if it will allow them to cash in on your situation. These lies include claiming to win 99 percent of tax battles, when the real number is actually around 10 percent! Sadly, deception like this is all too common in this area, as companies try to take advantage of people intimidated by an impending IRS audit.

You Might Pay Audit Services a Lot, But You Won’t Get a Lot 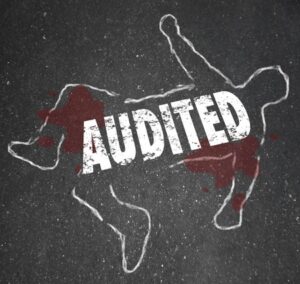 The people behind these audit services are trying to get something, and it’s not your peace of mind. They’ll do their best to take your money, and the tactics they employ don’t stop at misleading commercials. Beyond that, money isn’t all you stand to lose, if you put your trust in companies that aren’t what they claim to be. Some of the unpleasant practices and methods you may encounter include:

Although there are many negatives associated with these tax audit scams, one of the worst impacts they can have is wasted time. While you’re getting “assistance” from people who don’t know how to handle the job, your problems aren’t going anywhere. Penalties from the IRS could be stacking up, making the situation even worse. This trend won’t stop until you’ve gotten the help you need.

Don’t waste valuable time and money with tax audit services, when you can have real, professional experience on your side. At Incompass, we’re licensed to guide and represent you, and we won’t make any promises we can’t keep. Give us a call at (916) 974-9393 to learn how we can help you.

Ready to Schedule a Tax Evaluation?

Do You Have a Specific Issue or Question?

Ready to Get Your Money Back From the IRS?

Bring us up to 3 years of past taxes and we’ll find ways to save you money, when we do we’ll help you file to get your money back from the IRS.